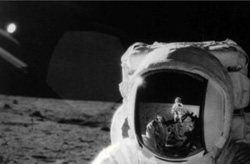 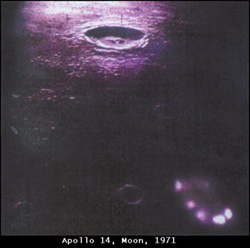 Apollo 14, NASA 1971 moon mission images...look for the Ufo in this picture, you will find it. 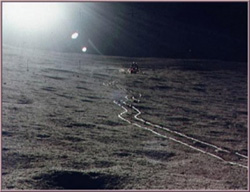 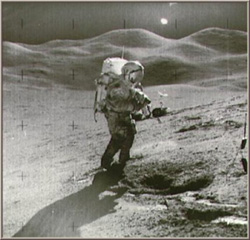 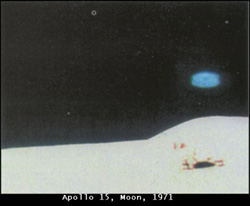 1971, Apollo 15. This photograph is from NASA, and some say we are looking at a UFO on the Moon at the time of Apollo 15 mission. Reference: NASA AS15-85/08. This bluish light mass has been explained as either debris from the capsule or some camera anomaly. Still, a very good picture, and quite a conversation piece. 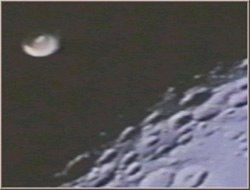 NASA Mission Apollo 16 Photo On Approach To The Moon Apollo 16 mission was composed of astronauts Ken Mattingly, Charlie Duke and John W. Young, who made the video. On the film can be observed a dish like unidentified flying object while Apollo 16 approaches to the moon. 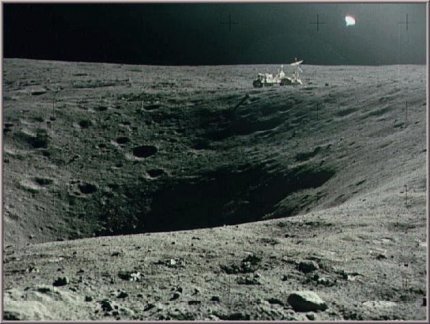 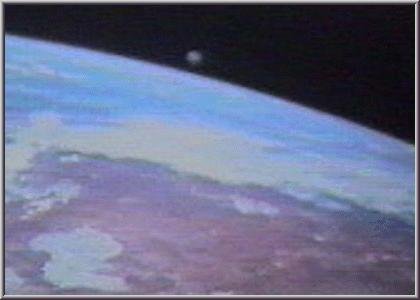 Space Shuttle Atlantis, Mission STS-37 Photo Of A Sphere During the mission of the Space Shuttle Atlantis "STS-37", a metallic object arrives from the top. It swings in front of the video camera (it moves to the right and to the left, up and down). In the background we can see planet Earth.

Images from this section of our site were taken with permission from ufoCasebook.com