Hi and welcome to our site Unidentified-Flying-Objects.com.
Here you will find the latest UFO pictures, UFO videos, and UFO evidence.

Many people have seen ufo's and have taken great pictures of them. There is a mystery though, why haven't they landed and made contact with us? That is a tough question, and remains to be answered.

The evidence of unidentified flying objects is overwhelming. With new ufo sightings popping up every week, they just can't be ignored. Take for example the ufo sighting at the Chicago O'Hare airport. Several very credible people saw the unidentified flying object up close and gave eyewitness testimony as to what they saw. We here at Unidentified-Flying-Objects.com believe that contact with these aliens is coming soon. We also think that aliens can most probably help us with many of the problems humans face such as the threat of Global Warming. Alien Technology from certain alien races is surely far superior to our's.

Our Ufo video section also features amazing videos of unidentified flying objects. New evidence suggests that some ufo's can become invisible, with new infrared technology many people have videotaped unidentified flying objects in infrared, in other words if they were being filmed with a normal camera they would not have been seen. The shapes of the objects along with the way they were moving make it quite obvious that these were not planes or other phenomena. Check out our Ufo Videos section for more info on All New Infrared Filming technology.

We also let you our viewers put your UFO sighting on this website. To add your ufo sighting just click on the Add your UFO Sighting link on the menu on the left.

Here are a few great pictures of ufo's taken by ordinary people. Feel free to download these pictures of unidentified flying objects to your computer. 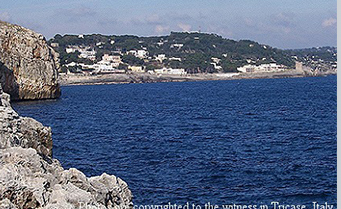 Here is a picture of a Ufo taken in Argentina in 2006. While this could be a true Ufo, one has to wonder if it could be one of those metallic looking balloons that people can buy and fill with helium. It could be a genuine Ufo though. I would classify this ufo picture more as an unidentified flying object than as an extra-terrestrial flying space craft. 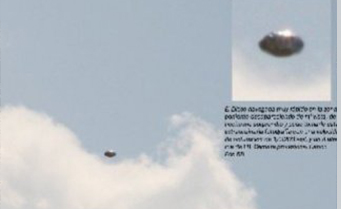 2006-Tricase, Italy-Sighting Report: Date: January 8, 2006 Time: 11:30 a.m. Tricase (Lecce) Italy-During a walk with their own sons in marine locality greenhouse of Tricase. Without a warning, I sighted an unidentified flying object that to constant speed it was moved in east direction. Non introduced no type of effects collaterals in zone. Thank you to the witness for the report and photos. original source: http://www.hbccufo.org, Photos © Tricase, Italy witness